homepage»»3/07/2013, The demolition of the Old Hospital of Chania is in progress

3/07/2013, The demolition of the Old Hospital of Chania is in progress

On Wednesday 3rd of July 2013, began the process of demolition of the Old Hospital of Chania with the presence of the City Mayor Manolis Skoulakis who was accompanied by the Vice Mayors Nikolaos Xynidis and Emmanouil Kemesidis, the General Secretary of the Municipality of Chania Gavriil Kouris and other department officers.

«As Mayor of Chania, I would like to express my deep contentment for this day. “The beginning of the end” starts today with the beginning of the demolition, while all the preparations have been made, the appropriate measures have been taken and also there are the necessary certifications of course, in order to eliminate the possibility of having to deal with any problems» stated Mr. Skoulakis. «I would like to ask the contribution of everyone for the smooth development of the project and especially the understanding of the local residents for the time period while the project lasts. On the other hand, I am aware that the demolition of the old building was an important request since the transfer of the hospital to the new building in Mournies. The old building of the hospital was abandoned and became source of contamination for the surrounding area». 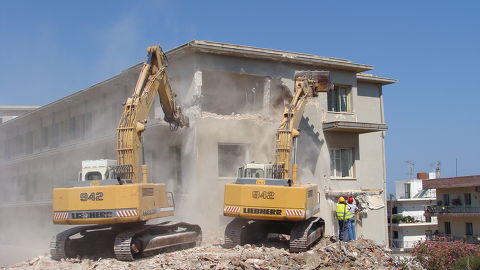 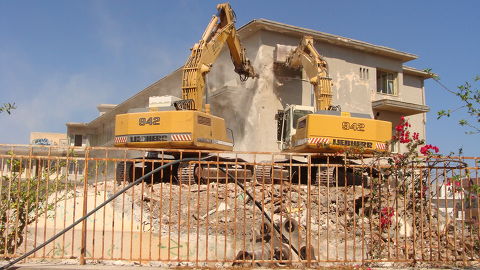 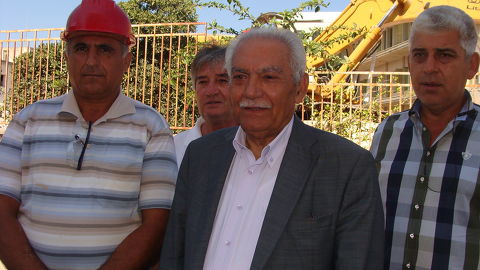