The European Council awarded the Municipality of Chania with the honorary distinction and the award title of the “12 Star City”, for a second year in a row, on the occasion of the successful participation of the Municipality the previous year to the pan European events for the European Week of Local Democracy.

The Municipality of Chania held from the 15th to 21st of October 2012 various activities and events related to the main topic of the event which was: “Human rights consolidate to more integrated communities”. This particular award title was also given to 16 other European cities including Chania, from a total number of 130 and more participant bodies and local authorities.

Commenting on the acquisition of the honorary title, the General Secretary of the Municipality of Chania and coordinator of the events held at the European Week of Local Democracy, Mr. Gavriil Kouris, notes that: “The distinction awarded to our Municipality- for a second year in a row- from the European Council constitutes a special honor for Chania and at the same time a recognition of the efforts made by the Municipality and Municipal Authority regarding the strengthening of social cohesion and also configuration of social security networks for everyone in need at a local level”.

According to Mr. Kouris, “during the European Week of Local Democracy, citizens of Chania- of all ages- had the opportunity to get informed, participate, and attend activities related to the protection and respect of human rights while having perceived the importance of the local dimension for the achievement of this goal”. “Finally, and it is very crucial, but also was positively evaluated from the European Council- the Municipality of Chania, plans and implements new projects and activities that actually help to confront and prevent social exclusion and on the other hand promote social rights and gender equality. 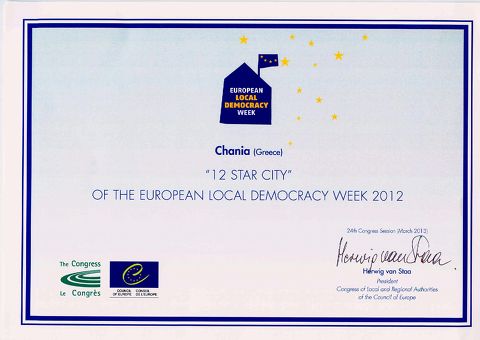 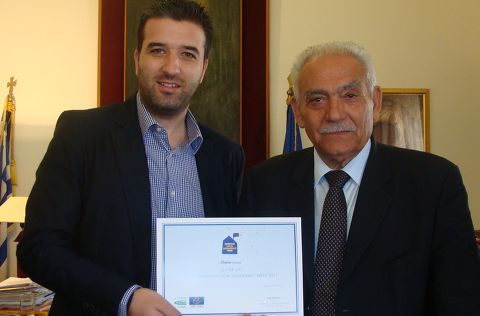